The Next Waltz by Mike Rimar

Category: Uncategorized | 1,945 Comments on The Next Waltz by Mike Rimar

My kids read my story, The Next Waltz and…

There’s a Big Spider in my Trailer!!!

At work, deep inside a dark refrigerated trailer and I see this ‘shadow’ on the wall. Pics don’t do it justice. With legs spread this monster was big around as a looney. The Reviews Are In!

A very positive review of the latest issue of On Spec and kind words for my story, The Next Waltz.

The latest issue of On Spec is out and…

Look who is sharing a Table of Contents with Robert Silverberg!! 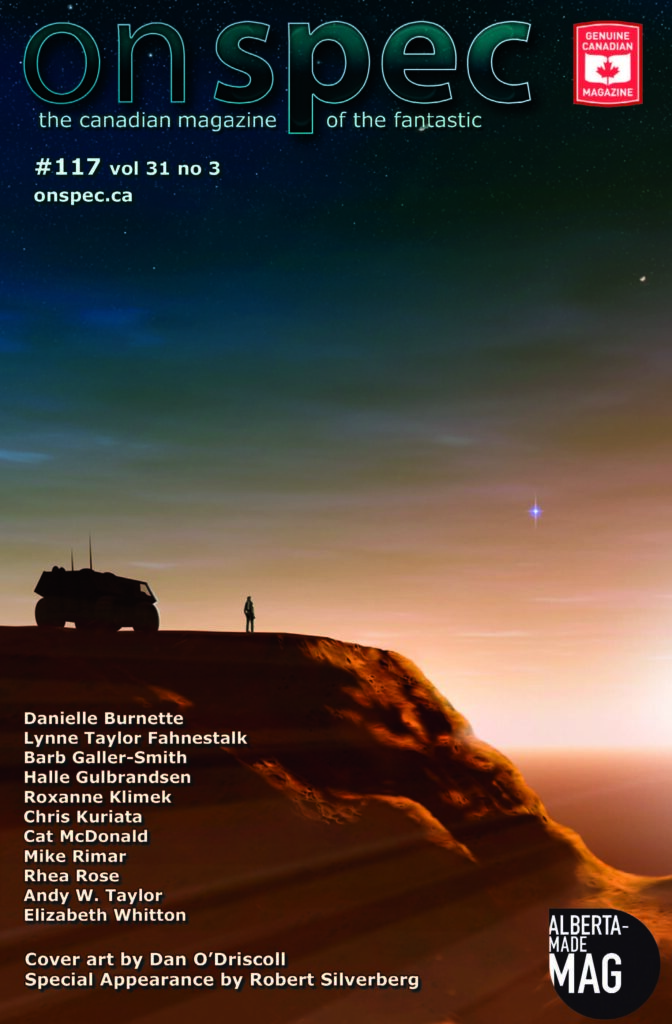 IT’S MY BIRTHDAY AND THIS IS MY CAKE!!

For my birthday I asked/gave my daughter a challenge. Create a ‘signature’ cake. I like strawberries and prefer white cake. The rest is up to her. This is her creation.
MY GOD IT IS ONE DELICIOUS CAKE!!!!!! For those interested it’s fresh strawberries and buttercream icing between 4!! layers of lemon cake. The icing is also buttercream and decorated with meringue florets and candied lemon slivers. 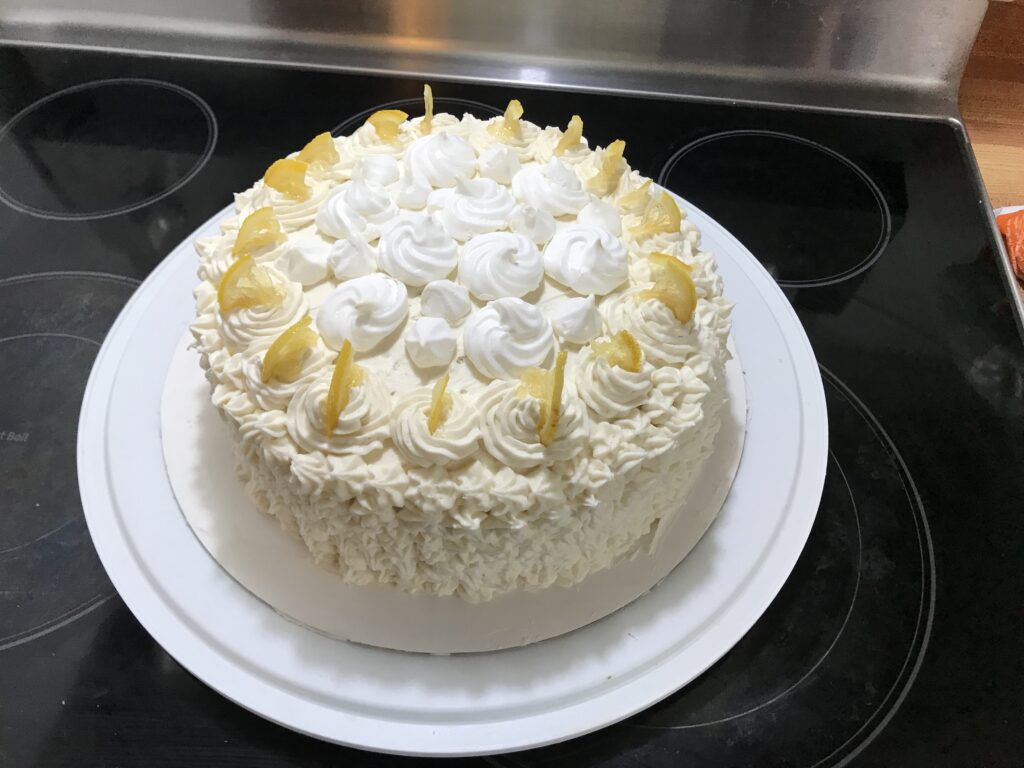 For a government that has up until now put the onus of fighting the pandemic solely upon the shoulders of the People of Ontario, I find it curious that the provincial Conservatives suddenly feel they must dictate what is good for the People.

Take for instance the most recent lockdown restrictions. To be clear, I’m all for the lockdown, but this pandemic has created an upside down world. Who had golf courses as a battleground topic on their bingo card?

Toronto has closed sections of Lakeshore Blvd. for ActiveTO which is fine. Exercise is healthy, or so I’m told. However, the crowds at ActiveTo vs crowds at a golf course is fairly one-sided. Ignore societal prejudices of golf courses and just look at the numbers. Bikers, runners, walkers literally packed together, huffing and puffing and sweating vs a group of four people walking or driving a golf course, usually hitting balls so far apart they only see each other on the tee and the green. And golf courses create revenue. As a friend once told me, it’s a $90 walk in a park. Nevertheless, pay they do, and that generates into jobs.

But this isn’t the reason Ford has given for closing courses. It’s afterwards, where golfers get together for a couple of ‘pops’.

In case you still aren’t sure ‘pops’ means beer. I’m pretty sure it’s a hold over term from the ‘80’s. And Premier Ford believes golfers are all a bunch of drunks. Do golfers like a beer after a round? Sure. Do they need one? No.

Nowadays golf takes a loooong time to play, so long that many people only play 9 holes. Often holes are played early in the morning. Drinking afterwards just isn’t done. And even if it were done, where would they do it? Clubhouses are closed. Bars are closed. Even backyards are closed in theory. So where are these ‘pops’ being had?

Doug Ford has seen Caddyshack on time too many.

Take next the removal of AstraZeneca. The risk of blood-clots is 1 in 55,000.  Unfortunately (or fortunately), patients are so far and few between it is likely still too difficult to find a common cause. Still, 1 in 55,000. Honestly, this one can be left to the people with a simple waiver. Yes, I understand the risks. Yes, I’m still willing to take the vaccine. Done. People will say no. People would have said yes, too. I would have. Ford had taken the option away. With the build-up of unused vaccines, how long before Ford begins to lament the shortage of other vaccines?

Ultimately, this is a government crapping in its pants. In the beginning they had everything under control. Even I was grudgingly impressed, but I knew it wouldn’t last long and it didn’t. There was a cycle. Halloween. Thanksgiving. Christmas. Easter. Restrictions eased with every major shopping cycle, then it was all, “Come on folks. I’ll pull the trigger.” But he never did. He only threatened, wagged his finger and politicized by blaming the federal government.

It’s tiresome and disheartening. More so, because I’m sure he will get re-elected. Unlike Federal politics where urban centers hold sway, rural areas hold a fair amount of electoral power and they tend to vote conservative. I just know I won’t vote conservative. After what I’ve seen the last year and half, I’ll never vote Conservative ever again, either provincial or federal.

Pleased to announce the sale of my short story, The Next Waltz to On Spec Magazine.

So how about them Republicans?

Even after home-grown radicals stormed the US Capital, with increasing evidence this may have been an organized assault, Republican lawmakers voted against impeachment. How can this be? Have they no patriotism?

Well, for most, I would think it was very easy. Oh, not like Jim Jordon or Matt Gaetz easy, they sold their souls to Satan long ago. No, it was easy because they didn’t have to vote for impeachment.

A Democratic majority meant an impeachment was guaranteed. Liz Chenney and nine other far more principled GOPs voting for impeachment was just icing on the cake. Together, they made the impeachment a bi-partisan vote and took all the pressure off. Free of voting their consciences, they could now do what they do best, worry about themselves.

To be sure they’ve many fears from getting re-elected to personal safety from the same extreme right-wing militia nutbars that stormed the Capital. What they don’t have to fear is their place in history. Jordon, Gaetz, Mo Brooks, a few others, they’ll likely not be well-respected by future historians, but what about that guy from district blah-blah of the great State of Middle America?

Who? What’s his name? I think he’s bald.

A quick Google search brings up all the Republicans who voted for the impeachment. Those who voted against, so many pages in you stop searching.

Speaking of which, what about Mitch McConnell?

Much has been made of his denial to open the Senate for an early impeachment trial. Again, why would he? So close to the end of Trump’s presidency, why besmirch the GOP’s reputation even further by having them impeach their own Republican president?

But there may be an even more Machiavellian consideration. It has been reported that McConnell is furious with Trump. He barely tolerated him before but saw him as a necessary evil to get what he wanted, but after the storming of the Capital and the lack of contrition from Trump since, he now hates him and wants him out of the party permanently. The senate, however, is still a Republican majority. Assuming all the Democrats will vote to convict, there still needs to be 17 GOP senators to vote the same way.

Nowhere near a guarantee.

Waiting for Biden, Harris, and a Democratic majority might help tilt that scale. McConnell could even vote to convict himself. A win win.

These officials apologizing or trying to explain the lack of police presence in DC are a joke. The common thread is, “we wanted a soft approach to the protestors.” What they mean is, “Come on, white protesters are good people. They won’t do anything. Sure, they have guns, but they’re white.”
Why weren’t there massive arrests? “What? Arrest white people?”
As for the curious lack of manpower, I suspect no small amount of police and National Guard were already out there…off duty, not in uniform, phones turned off.
And the delay in mobilizing the National Guard? That requires permission from the DOD and the Pentagon. Enough appointed lickspittles in those organizations to delay those requests.
The fact is the US Capital was under assault long before the Jan. 6 riot. Given the right-wing rot from within, from the very top on down, nothing will be done. The wrongs will be swept under the carpet, or lost in endless government oversight committees and quiet resignations.
And of course there are those elected officials like Hawley and Cruz who hide behind the flag, who during while hiding from the the rioters were busy setting up Kickstarters and organizing fundraisers with the blessing of those who not only support their seditious cause, but firmly believe the rioters were actually Soros-supported Antifa.
You just can’t fix stupid.
Category: Uncategorized | 8 Comments on Aftermath